Crowdfunding… What’s it all about?

One of the greatest changes in the way that we can finance our businesses in the last few years has been the introduction of crowdfunding.

Often considered by the uninformed as being something of a dark art, crowdfunding is a very real alternative to some more traditional sources of finance, such as a bank loan.

In this article we look at the three main types of crowdfunding so that you can decide for yourself whether you should consider crowdfunding for your business. Please note, any link or statements made in this article are not endorsements and we do not advise sourcing finance without first consulting a professionally qualified accountant.

Parties that fundraise in this way are typically community groups, charities and business start ups and amounts raised are between a few hundred to several thousand pounds. These are the Project Owners. Projects owners usually upload a self made video and prepare some editorial on who they are and what they are raising the money for, as well as details about what you will get for the amount pledged. This form of crowdfunding is best understood as a donation and in return for that pledge, which can be as little as five pounds, a reward is given. This can be a thank you, a t-shirt, or your name sign written on the back of the van.

People who donate are often within the immediate social circle and friends of friends of project owners, although when a project really touches the heart, the kindness of strangers is simply staggering. Some charities have raised thousands of pounds in this way and it is being considered as an alternative to corporate social responsibility by many large businesses to show their support for projects that they care about as well as boosting publicity in their chosen fields in the form of match funding. This type of fundraising is for those who have the idea but are not set up to distribute shares, or have no security or trading history for a loan, or simply don’t like the notion of either. A benefit of this type of crowdfunding is that the whole process also tests your idea in the market and can get your audience attention, so killing two birds with one stone.

Rewards based crowdfunding is lower risk in that you are not undertaking a loan or giving away any shares. What’s more, it gets your idea or business out into the big wide world which can be useful to assess it’s likelihood of success or popularity. It’s not a guaranteed success and many don’t raise the funds needed. It can be quite time consuming to come up with a presentation, especially if you are camera shy and don’t have a way with words, but most people get over that in a social media savvy world. You do need to work hard to promote it to your audience too. Be mindful that this source of fundraising can be treated as a taxable income and normal rules for VAT can apply, so speak to an accountant (e.g. Us)

Often called peer to peer lending, this type of crowdfunding is, as the name suggests in the form of a loan on which interest is payable and FCA regulated. Companies that offer crowdfunded loans are not the usual banking institutions. They are funded by the crowd… people like you and I (ok, maybe richer) who want a return on their money that might otherwise be in a savings account or dabbled on stocks and shares. Often, lenders want to help the masses of people with a need or idea but lacking in the credit ratings or history to use the more traditional routes. For people wanting a loan, these platforms boast quick and easy decision making and the rates offered are far kinder than loan sharks and often competitive or more competitive than high street banks. Zopa and fundingcircle are examples of this sort of crowdfunding. Sums raised are typically from five thousand upwards, repayable with interest over a period between six months and five years. Some platforms allow early repayment without penalty and usually charge an arrangement fee.

We see plenty of businesses with peer to peer loans and the feedback is that the process is fairly straight forward. When rates are favourable, it’s a good source of funding. The traditionalists in us do question whether the ease is always a good thing however. The process of getting a bank loan often requires the production of a more detailed business plan with cash flows and forecasts, often robustly challenged. This in itself is a great by-product of really getting under the skin of a business and ensuring the best chance of success for the future as well as serving the purpose for which it was written. But then, we think that all businesses should have business plans that they produce for themselves and not just the bank. Whatever you do, just make darn sure that you can afford the repayments, not just now but in the future, particularly if sales dropped on a competitor joining the market for example. You may be asked to provide a guarantee for the loan.

We see this as being the big boy of crowdfunding. Your business plan is presented to potential investors on a crowdfunding platform such as crowdcube and individuals invest their capital in your business for a shareholding in return. Equity based crowdfunding is FCA regulated and investors capital is at risk. Valuations are often difficult and it would seem often driven by the amount of funds required in conjunction with the amount of equity to be given away, but equity based platform providers do run through the justification of the valuation and you should be prepared to demonstrate third party evidence to back this up. The process is quite lengthy but useful. A minimum of three years worth of forecasts, including profit / loss, balance sheet and cash flow, backed up with assumptions is required and it is likely that you will need the services of an accountant (such as Us) to help you with this and possibly some legal. You will also need to prepare a pitch, for which every sentence is scrutinised and evidenced for the truth, the whole truth and nothing but the truth. During the process, you need to make sure that your fundraise is well publicised. The process costs a percentage of the amount raised and sums raised are typically in the tens of thousands up towards a million and sometimes beyond.

This method of raising funds changes your business as you know it considerably. Once your investors become shareholders, you have a new audience who will be keen to know how the company is progressing, so don’t expect to keep all financials to yourself in the future. It can be attractive to investors by gaining EIS and SEIS relief (apply to hmrc) and whilst many fundraises of this kind don’t make promises of dividends, investors do expect a return on their money, so be prepared to have an exit plan. The cash can take up to three months to come through so you’ll need to ensure that you have enough working capital to see you through until this day.

Whichever route you think might be attractive for your business, we can’t stress the following enough; 1) Have a business plan & 2) take advice from a suitably qualified accountant. Bear in mind that because crowdfunding is quite a new concept, your traditional accountant may steer you away due to their own lack of knowledge. If you’re not certain, contact us. We’d be happy to help. 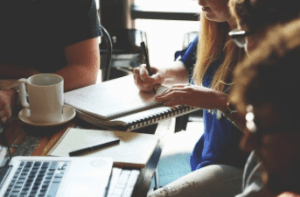 7 Benefits of Coworking Spaces for Your Small Businesses 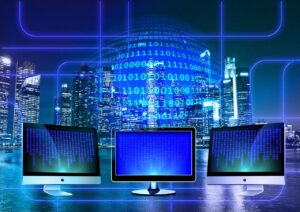 6 Tips to Move Your Business Forward in 2022: Prepare for a Great Future 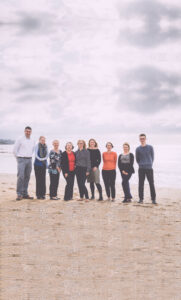